Why the WCA? Why a New Denomination? 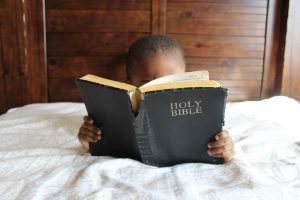 There is no simple or easy answer, but we can start by boiling the far larger messages of why, what, and how down to one salient point.

We have been distracted from our task.

The United Methodist denomination has been distracted by endless debate over issues of doctrine and polity. Within the Western part of the United Methodist Church, we have not been doing Kingdom work and embroiled ourselves in the worldly political and social arenas rather than rescuing people from them.

There is no single defining issue that is inspiring people to join the WCA, nor is there a single reason that the WCA is working with the global Methodist community to create a new denomination.

The WCA is forming a new denomination to accomplish several goals. We want to:

I am not afraid that the people called Methodists should ever cease to exist either in Europe or America. But I am afraid lest they should only exist as a dead sect, having the form of religion without the power. And this undoubtedly will be the case unless they hold fast both the doctrine, spirit, and discipline with which they first set out. – John Wesley

There is also no single cultural, tribalistic, earthly identity-focused reason for creating a new denomination. There is, however, a scriptural and doctrinal reason for us to do so. Our leadership has allowed destructive, worldly identity politics to distract the denomination from our primary task that we have defined: “to raise up disciples for the transformation of the world.” Instead, it seems that our focus within the Western portions of the United Methodist Church has been to transform the church for the satisfaction of the world.

Our goal is simple and Kingdom-focused. We want to create a truly global denomination where people are free to shed themselves of the earthly identity that keeps them separate from God, sacrificing that false identity for the new creation that we become in Jesus Christ. We want to focus on God’s Kingdom and rescuing people from the world. We want to do so with God’s guidance, and that means adherence to scripture and Biblical principles and being in alignment with God’s will.

Our task as commissioned by Jesus Christ is to raise up Disciples from all nations baptizing them in the name of the Father, the Son, and the Holy Spirit, and to teach them in the ways that Christ has taught us.

The WCA is open to all; men, women, clergy, laity, and even churches can join the WCA. The WCA is a temporary organization seeking to birth this new global Methodist movement; we welcome anyone who wishes to join who is interested in doing the work of God’s Kingdom.

You can join and support the continuing mission of the Wesleyan Covenant Association (WCA) as an individual, whether a member of the clergy or laity. Churches can also join as affiliates. The Eastern Pennsylvania chapter of the WCA meets on a regular basis to discuss upcoming events, topics of interest, and to support one another spiritually. Please consider joining both the local EPA chapter and national WCA.

Keep Up With the Latest News

If you're interested in staying current with the latest news from the EPA WCA, please use the form below to sign up to receive notifications and emails from us.

The future of the United Methodist Church is an uncertain one, and the WCA is leading the way forward to a new denomination. With all of the changes you may have questions, so feel free to reach out to us.

While we are a part of a larger organization, the WCA is simply a movement working to create a new, permanent denomination. Would you consider supporting our local efforts to grow the WCA? This link will direct you to PayPal.