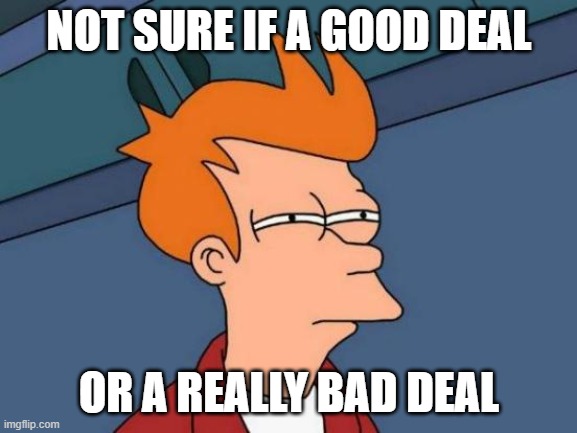 (Released by the EPA WCA)

Many EPA churches are fretting about whether to register for the EPA conference’s “discernment process” on disaffiliation under Disciplinary paragraph 2553, as the September 1 deadline looms.

Here is a short answer:  Don’t do it.

As currently outlined, the process is prohibitively expensive for most churches even to consider, and vague as to actual costs.

Let’s consider a hypothetical church attempting to use EPA’s process, we’ll call “Anytown UMC.” Anytown UMC has about 140 worshippers on Sunday, a budget of $400,000 per year, with church and parsonage valued at $2 million. They have savings in the bank, an endowment and other non-real estate assets which total $750,000. There is one ordained pastor, whose compensation package (including salary, housing, health insurance, pension contributions, and other allowances) amounts to about $85,000, and their annual apportionment totals $38,000. They have no debt, and are billed each year about $8,000 for their unfunded pension liability share.

Here is what that church can expect from EPA’s “discernment process” – as indicated by their published “Preliminary Summary of Disaffiliation Terms and Conditions,” which you can find at         https://www.epaumc.org/wp-content/uploads/Summary-of-Disaffiliation-Terms.pdf.

Costs Required by 2553. Paragraph 2553 only requires a few mandated costs, though it does gives discretion to annual conferences to add other items as necessary. Some conferences have kept to minimum requirements.

Defined Costs Imposed by EPA and Not Required by 2553.  The “summary” document lists several costs which 2553 does not require.

Undefined Costs Imposed by EPA and Not Required by 2553.

A Phony Baloney Plan. So, from numbers above that are defined, AnyTown UMC will pay up to (wait for it) $388,000 – and that is BEFORE the unfunded liability payment, the BSA share, and the mysterious “additional payments” provision, which could easily soar past an additional $1 million!  And remember what Schol and Morley said during their August 1 webinar: there is NO negotiation on any of this. A quote: “The term sheet is the term sheet.”

Clearly EPA’s phony plan is designed to prevent disaffiliation, not facilitate it in a way that graciously blesses churches which can no longer remain United Methodist in good conscience (which was the original intent and spirit of 2553). Getting a two-thirds vote from sensible lay members, even if they are in favor of disaffiliation, is unlikely if they don’t know the price tag – like signing on to buy a house without knowing the price until after settlement. And if such a vote fails, conference leaders will declare that the church has decided to stay UMC. Despite all their happy talk about respecting local churches’ beliefs, and wanting them to land where they should, the EPA conference leadership seems increasingly to embody the words of Psalm 55:20-21:

20 My companion attacks his friends;
he violates his covenant.
21 His talk is smooth as butter,
yet war is in his heart;
his words are more soothing than oil,
yet they are drawn swords.

Next week, in Part 2:  Other Paths to Leave the UMC